Founded in 1894 as the Klein School of Optics, NECO is the oldest, continuously operating institution of its kind in the United States. 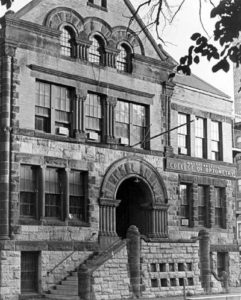 NECO has also shaped the profession by anticipating the needs of the industry. Always an advocate and early adopter, we’re proud of these pioneering accomplishments:

NECO Through the Years: A Timeline

Take a deeper dive into New England College of Optometry’s past.

NECO was founded as the Klein School of Optics by ophthalmologist Dr. August Klein in 1894. Located at 2 Rutland Street in Boston’s South End, it was one of America’s earliest formal training programs in optics and refraction.

The Klein School offered a one-year program that centered on optics, anatomy, and refraction. As optometry quickly became a more established profession, the school’s name changed in 1901 to the Massachusetts School of Optometry. The school began offering a two-year program in 1909, and that same year the National Board of State Examiners in Optometry was established as other new optometry schools sprang up around the country.

Massachusetts’ newly-formed Board of Registration of Optometry added a requirement in 1912 that a person must be at least 21 to receive a license to examine eyes. The Mass School of Optometry also began requiring incoming students to have completed four years of high school and to possess “good moral character.”

By 1933, the school had moved to a much bigger space in Boston’s Back Bay, at 1112 Boylston Street. With the added room, the school began its first patient care programs, treating boys off the streets of Boston’s West End. Thus began NECO’s long tradition of serving marginalized communities.

The school’s program changed from two to three years in 1934, and then to four years in 1939. In the same year, school founder Dr. August Klein died after more than four decades of leadership. His son, Dr. Theodore Klein, was named president.

During World War II, the student body dwindled to just four or five people per class, as many students left school to join the war. In 1946, at the age of 68, Dr. Theodore Klein died unexpectedly at work from a cerebral hemorrhage.

In 1946, NECO was granted nonprofit charter with the right to confer professional degrees. The school was incorporated as a non-profit entity, and an accelerated program was created to help returning GIs. Class size swelled to 98, putting the school on solid ground again.

Having gained full formal accreditation in 1950, the school again changed its name to the Massachusetts College of Optometry and began conferring bachelor of science degrees in optometry. Degrees in doctor of optometry and doctor of ocular science followed the next year.

A popular dean, Dr. Ralph Green, visited charitable organizations in Boston and surrounding cities, offering screenings to children in need. This work was performed by teams of four or five senior optometry students. Among these organizations was the Italian Home for Children, the Home for Catholic Children, and the Home for Little Wanderers.

Over the years, thousands of Boston’s children were brought to the clinic for care, much of it provided for free. With the establishment of the Boston Eye Clinic, the school achieved the “charity clinic” which had been the longtime dream of the late Theodore Klein.

1972, under the Baldwin administration, the college affiliated with the newly created community health centers and became the first college to develop a community-based approach to clinical training — a commitment to community care that continues today.

During this time, new programs were created that included a fast-track two-year course of study, which is currently known as the Accelerated OD Program, or AODP.

In 1975, the college was called to educate and certify the first optometrists to use diagnostic pharmaceutical agents.

NECO’s clinical affiliations continued to grow, supporting the expansion of access to eye care, as well as clinical training opportunities for the students. NECO continues to have the largest clinical network for training students.

Student events included the Eye Ball, the Retinal Rally (a road race through Boston), and the NEWENCO Follies talent show.

During this same time period, a group of young faculty—Nancy Carlson, David Heath, Kathy Hines, and Dan Kurtz—worked together to create a new comprehensive basic optometry curriculum. This curriculum was implemented at NECO and ultimately used by several other schools of optometry. The group wrote their own textbook, “Clinical Procedures For Ocular Examination,” which is used by many schools of optometry today.

Also during the 1980s, faculty member Mark Zorn designed a new bioscience curriculum, which also became a model used by schools of optometry.

In the early 1990s, NECO signed the Twin College Agreement with Wenzhou Medical College in China—the first joint program of its kind. The Center for the International Advancement of Optometry was also formed at this time.

In 1993, NECO was awarded its first federal research grant and established what is now known as the Myopia Research Center. The MRC became internationally known and established the college as a force in eye research.

As the 21st century neared, the college’s nationwide network of affiliated clinical sites for fourth-year externships grew to include over 50 clinics, hospitals, and specialized care facilities, with three sites in other countries.

The College’s clinic moved into a new state-of-the-art facility on Commonwealth Avenue, with specialty clinics that make it one of the most comprehensive eye care centers in New England.

The College’s network of clinics and clinical affiliates has expanded to include sites throughout the greater Boston area. The NECO Clinical Network is now the largest provider of ambulatory eye and vision care services in Massachusetts, with 85,000 patient visits per year.

With each student providing care to patients in need during their education at the College, NECO continues to fulfill one of its original missions: to provide outstanding patient care to all those who need it.

NECO maintains the same forward-thinking approach to educating today’s optometrist that was first outlined by Dr. August Klein. NECO is recognized as a leader in optometry and optometric education throughout the world.

A look at some notable alumni and other influential members of our community.

The following alumni have been named as NECO Distinguished Alumni.

Barbara Caffery, OD ’77, PhD, FAAO. First female Canadian president of the American Academy of Optometry, and was instrumental in the formation of the Fellows Doing Research Special Interest Group, created to train and encourage the performance of clinical research by Fellows of the Academy.

Nancy Carlson, OD ’77, FAAO, DipOE. Optometric educator and author, Dr. Carlson was a faculty member at NECO for 37 years, chair of the primary care department, and Chief of Staff at NECO’s clinics.

Lu Fan, MD, MS/OD ’02. Past President of Wenzhou Medical University and first graduate of the NECO and WMU’s MS/OD program. She helped pioneer the establishment of optometry as a medical discipline in China.

Donald Korb, OD, FAAO. Inductee into the National Optometry Hall of Fame and National Inventors Hall of Fame. Dr. Korb is the creator of the first membrane hydrophilic contact lens and considered the godfather of modern thin disposable lenses.

Benjamin Lambert, III, OD ‘63. First optometrist elected to the Virginia House of Delegates and State Senate. He served in the Virginia General Assembly for more than 30 years.

Susan A. Primo, OD ’85, MPH. A low vision expert and researcher who has worked tirelessly on numerous national committees to increase the presence of on-site eye care services at community health centers. 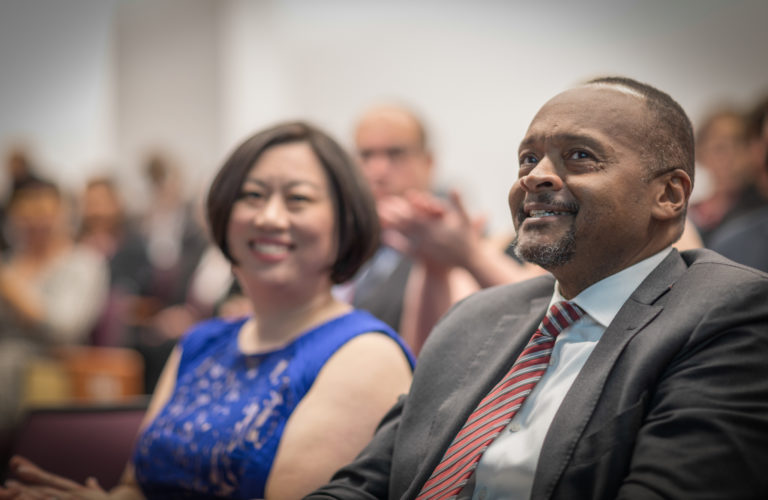